Documentarian Glenn Holsten talks about his four decades of weaving together the city’s stories of community, creativity and civic potential.

Few people understand Philadelphia’s richness and humanity as well as Emmy-winning filmmaker Glenn Holsten. Over nearly four decades, he has turned over the city’s rocks and shined light into its corners, using film to explore issues and personal stories around mental health and narratives of struggle, recovery and hope. He has showcased our hip-hop innovators, our under-appreciated masters, the angels in our villages and so many other facets of this city’s humanity. His work reflects who we are and inspires hope.

Holsten has found sustained excitement and inspiration in the stories that are hiding in plain sight. The more he explored his city by recording conversations with fellow Philadelphians, the more he realized there was a lot left to learn. If a film truly is what Holsten calls a “mini-community,” then his role in serving that community is to facilitate meaningful exchange.

“I always talk about giving participants the red-carpet treatment, that people feel like their story is honored with all the skills and resources that I can muster. That lifts everybody up, from the initial interaction with the subject, through post-production.”

In partnership with the Forman Arts Initiative, The Citizen reached out to Holsten to find out more about his work, and its resonance for today. This interview has been edited and condensed.

Blake Bradford: How has Philadelphia shaped your work? What makes the city a good place for storytelling?

Glenn Holsten: I got woven into the city pretty tightly early in my career. An early project, for WHYY, was a series called Spotlight. The four-minute features were collaborations with artists from all over Philadelphia. That was the goal, to be as wide and have as much breadth, genres, artists and locations. I credit that collaborative project for really opening my eyes to ways of storytelling that I would not have had if I didn’t have that first step.

Then I did this other project, about the drama of everyday life in the city. I did interviews with about 50 different people from 50 different neighborhoods. The radio series was called The Truth About Philadelphia. It made me realize I’d had limited exposure to different neighbors in the city. I was late for all these interviews because I didn’t realize how big Philadelphia really was. I was in Nicetown, I was in the Northeast. I would set up in people’s dining rooms with just an audio recorder. That was a really, really intimate way to get to know my neighbors and expand the blueprint of the city that I had in my head. What I was looking at through that work, in the 1990s, still affects what I see when I walk down the street, wherever I am.

When I walk out on the street, my antenna is always up. “What’s the story here?” I’m struck visually, I’m struck energy wise, I’m struck by the personalities I meet. I’m still meeting people who are different from me, and I’m still excited by that. That is fertile ground, always, for me.

BB: You’ve presented this interesting alternative paradigm for creativity and community. Could you talk about what community means to you right now?

GH: A film is a mini community. I can’t do anything alone. I need everybody. I am a facilitator. I’m also a big energy source, and I need to be clear on what I’m doing and why I’m there so that everyone else can understand why they’re there, including whomever might be on camera and participating in the film. It’s always an exchange. I have to know that somebody’s getting something out of participating in the film as opposed to just being a subject. I don’t want to be a story taker.

My job is to create a space where people feel like they’re being paid full attention to. What I do for my storytelling is gather and sift. Those initial moments of gathering are held at such a high level, as is everything else that follows. I have found that the entire community involved in making a film wants to be part of something that is worthy of our time and attention in this very busy world, and we have so many stories coming at us in so many ways, so many things we could be giving our attention to.

BB: How do your objectives as a facilitator play out for the people whom you’re portraying and giving attention to?

GH: Whatever story a participant has to share, whether it’s a mental health story, whether it’s a story of struggle or hope and triumph, whatever there is, we’re going to honor it with time and the talented crew that I’ve surrounded myself with. That lights a fire in the participants. It’s about attention, and it’s about showing someone that their stories are worthy of capturing. I always talk about giving participants the red carpet treatment, that people feel like their story is honored with all the skills and resources that I can muster. That lifts everybody up, from the initial interaction with the subject, through postproduction.

BB: I’m interested in your opinion of how culture and creativity are supported or taken seriously in Philadelphia. What would realizing its potential look like? What is its potential in terms of amplifying creativity?

GH: I always used to say that I don’t want anyone else to find out about Philadelphia. It’s such a fertile place, and such a successful place for me, in terms of inspiration, collaboration, resources and energy around my work. It seems limitless.

The next frontier is making everyone realize that stories are there on every street corner in every neighborhood in Philadelphia, and that they’re really wonderful and crazy valuable. When we start to learn about each other that way, that brings us closer together. It sounds dreamy, but storytelling really is the secret to how we’re gonna move forward as a city.

I feel like projects where we get to know each other, where we can be less scared of each other and engage with each other’s creativity—that’s the secret. It brings us together. Any kind of music, anywhere it happens, dancing, anywhere it happens, people can’t help but stop and participate. The potential of Philadelphia? It’s unlimited because we’ve got this amazing, amazing diversity, and it’s an amazing energy.

This story is part of a partnership between The Citizen and Forman Arts Initiative to highlight artists and creatives in every neighborhood in Philadelphia. It will run on both the FAI website and The Citizen. 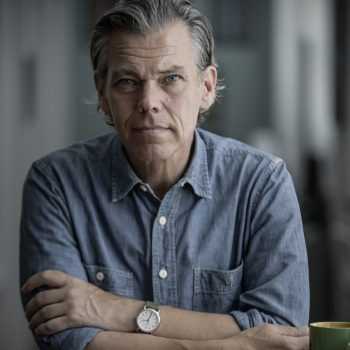 Glenn Holsten is a documentary filmmaker who has lived in Philadelphia for almost 40 years. He uses film to explore issues and personal stories around mental health and narratives of struggle, recovery and hope. He makes work with and about artists, and finds continual inspiration in the everyday beauty and humanity of the city he calls home. 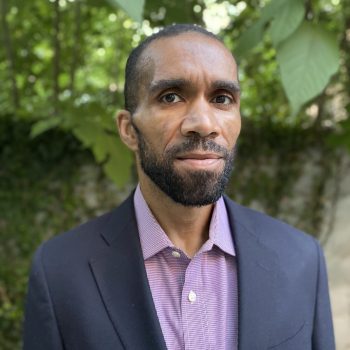 Blake Bradford is a Philadelphia-based cultural advocate, educator and writer. His appointments include serving as the Director of the Lincoln University-Barnes Foundation Museum Studies Program and as the inaugural Bernard C. Watson Director of Education at the Barnes Foundation. He shares his observations on art, music and culture through media appearances, panel discussions, online, and publishing both mass market and scholarly writing.