Next up in our series with Philadelphia Citizen: performer/photographer Sa’Mantha SayTen, who uplifts queer trans artists through her studio and her own story.

Sa’Mantha’s life mission is not only to increase access to professional media services for QTPOC, but to increase QTPOC representation on a local scale, in order to promote trans centric education and activism. Sa’Mantha’s advocacy for and service to their community is constant and present in all aspects of their life, work, and art. She never misses an opportunity to engage in public conversation about diversity, equity, and inclusion- in fact she’s known for doing so in the middle of her drag performances. Sa’Mantha has an entrancing personality and is someone who laughs and makes others laugh often, even when describing issues which are painful to them and their community.

This story is part of a partnership between The Citizen and Forman Arts Initiative to highlight artists and creatives in every neighborhood in Philadelphia. It will run on both The Citizen and FAI’s websites.

Morgan Nitz: What made you decide to move to Philly? To which neighborhood were you immediately drawn?

Sa’Mantha SayTen:  I taught in South Jersey for a few years; it was great, but living in a college town was very expensive, and it was a very white cishet space. I felt like I was paying money to tell my story to people who didn’t deserve it, people who were kind of fetishizing my trauma by like, trying to give me awards, always telling me how great I was… but, where was the money though? Recognition is more than saying “this thing exists.” You also have to support it. You have to make sure that it’s protected, that it’s thriving. Until you do that, you’re not actually doing anything.

I knew I wanted to expand my photography business, and I was desperately seeking a family of queer friends. I got a job at Penn, moved to University City, and fell in love with West Philly. I remember the first day moving in, hauling furniture, and we saw a queer couple holding hands and we were just like, “aww!”

MN: Can you describe SayTen studios and its role in the queer community?

SS: SayTen Studio is perpetually in conversation with the anti-racist, sex working, nuerodivergent, queer as fuck reality that is my life. QTPOC aren’t a population that thrives in terms of survival, but we do thrive in terms of creating art. And I think my part in that reality is to try my best to disrupt it by increasing representation– specifically, very professional media– of QTPOC so that we stand a fighting chance in an economy dominated by white supremacy and cishetero-normativity. I actively engage in trauma-informed practices, something most photographers cannot offer- so my clients and models leave having been cared for, not just served.

What I love is that we are not creating art for anyone but ourselves and for our community, using our language to describe who we are. Because otherwise we’d be leaving it to, you know, the lovely Laverne Cox’s, the folks at “Pose”… But we wouldn’t really see representation on a local scale. I’m very grateful to have helped so many queer clients develop an archive that they can use to access euphoria whenever they want. It’s a very powerful thing- to share your vulnerability with yourself and with others is dope.

MN: It seems to me that your work as a performer and activist are one in the same- take your performance in which there’s a call and response between the lyrics and sound clips about police brutality.

SS: Activism and public conversation about the pain my community suffers is very important to my performance art. When we put queer people of color on a stage that fails to address and actively combat racism, it leads to financial and sexual abuse. It’s violent.

I tend to do that particular number for white crowds. Trans performers are taught to pigeonhole ourselves, to do a bunch of top forties and TikTok movements to appease a white crowd. It’s not very affirming as a trans feminine person of color.

I’ve had plenty of people say that my performances changed the way that they looked at performing in the drag scene. They say that it needs to be felt by more people, that if more people sat with trans POC narratives, perhaps more QTPOC will experience representation and non-QTPOC folks will be taught how to show up and how not to show up for us.

MN: In your podcast interview with SJP, you mention advocating for pay equity and inspiring other drag show producers to do the same.

SS: Equity is a fickle thing for trans people of color.

I’ll give you an example. Burd Events hired me to train all of Tabu’s staff. My rate was $20K. It is what it is- it’s a huge project. I’m training an entire company. I actually wound up charging $15K because it is a queer space. After basically three months of training security, staff, performers– the entire staff– I wound up being paid $5K. I was gas lit and manipulated by Burd Events until I was so exhausted that I just gave up [trying to fight for the rest].

MN: Do you ever experience burn out? How do you celebrate yourself and recharge?

SS: Burnout has a very familiar face. As a neurodiverse human who experiences chronic trauma, my body is rarely able to keep up with my intentions due to pain, fatigue and dissociation. I am convinced a significant portion of the trans population is suffering from CPTSD, from existing so long outside of ourselves as a means of survival. And the more research we have on the disorder, the more we will be able to serve the queer community.

Until then, we find solace in all trans and POC spaces absent of the cis and white. When we have each other, we have a means for survival, we have a way to recharge so we can bear the next day.

MN: What’s your favorite drink? Where’s the best place in Philly to get it?

SS: There is a single Black and queer-owned gay bar in Philadephia– just one– Level Up on 13th and Broad. You’ll often find me there, slinging a camera or shaking my ass, often with a drink in hand. They have a wonderful drink called Liquid Marijuana that is truly lovely.

MN: Anything that you want to promote?

SS: My drag daughter Berry Tyler Moore is renovating this gutted coffee shop underneath their home into a new venue, the Painted Mug Cafe. They’re pouring their heart into collecting a significant amount of people to do labor to create a space that is for queer folks, designed by queer folks. They’re trying to get a ramp because, what queer safe bar has a ramp? So that’s a fantastic opportunity for outreach.

This story is part of a partnership between The Citizen and Forman Arts Initiative to highlight artists and creatives in every neighborhood in Philadelphia. It will run on both The Citizen and FAI’s websites. 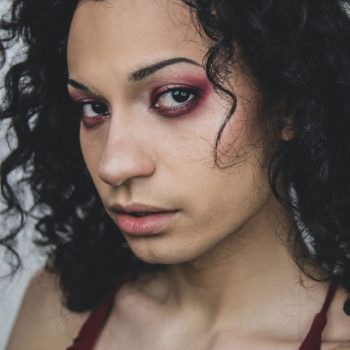 Samantha Maria Rivera-Fotos (They/She), AKA Sa’Mantha SayTen, is a Latine Non Binary Trans Femme artist and activist known for her service to the QTPOC and LGBTQ+ communities. They are a Saint of the Sisters of Otherly Love, a Sonia Sotomayor award for outstanding service awardee, and the founder of SayTen Studios, a queer, antiracist movement providing affordable multidisciplinary services to QTPOC. 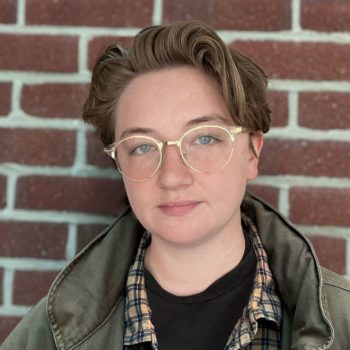 Morgan Nitz (she/they) is a queer interdisciplinary artist in Philly and the operations & development editor of Philly Artblog. They earned their BFA in Sculpture and the Edith Weil Hecht Memorial Award in Sculpture from Tyler School of Art in 2018. They have exhibited at The Institute of Contemporary Art, Vox Populi, Pilot Projects, and Philly Improv Theatre; and they completed a residency at Jasper Studios in 2018. They were a co-curator and -founder of the pop-up gallery The Legume Room in 2018, and the co-inaugural curator of Tyler School of Art’s Alumni gallery, Straw in 2019-2020.